Mark Zuckerberg hasn’t said he wants to be president. But if someone were to run for office, that someone might want to line up a few things to prepare for the possibility. A few things that Facebook’s CEO has done. Uncanny, right?

To be clear, setting the table doesn’t mean Zuckerberg plans to sink his teeth into electoral politics. But he’s made some moves in the past few days that have restarted the speculation. On Tuesday, in his annual (and annually publicized) New Years resolution announcement, Zuckerberg vowed to travel to 30 US states to ensure he will have visited and met people from all fifty by the end of 2017. Campaigning much?

A week earlier on Christmas Day, Zuckerberg said in a Facebook comment that though he once went through a period where he “questioned” religious matters, he broke through his skepticism and now believes religion to be very important. Given that its accepted wisdom in American politics that someone who is not religious can never be elected president of the United States, could this be #positioning?

Now let’s be serious: Zuckerberg probably isnt going to run for president. Sure, hell be older than 35 by the next election rolls around. (The constitutionally mandated minimum age to hold the office, for those of you not paying attention in history class.) But if he did, he has made sure he could still have control over Facebook while holding public office.

In June during Facebooks annual meeting, company shareholders voted to approve a restructuring of Facebook stock that would ensure Zuckerberg keeps his majority ownership even if the company issues more shares. Zuckerberg pushed this plan to enable him to give away much of his vast wealth via his and his wifes philanthropic organization, the Chan Zuckerberg Initiative, while still retaining control of the company he co-founded. Of course, If Zuckerberg dies, gets fired, or leaves the company on his own, he’ll still lose control.

The idea of Zuckerberg running for office seems plausible in many ways.

But buried in the public filing is one big exception, one that Zuckerberg reportedly fought hard for: he can take a leave of absence from Facebook and still retain voting control of the company if he goes to work for the government. More specifically, as long as Zuckerberg owns enough of Facebook30 percent or more of shares he owned at the time of signing the stock restructuring agreementhe can serve in government. And if he owns less than 30 percent, he just needs board approval. If he doesnt get that, he can still serve in public office if the government position has a two-year term limit. (A Facebook representative confirmed this is how the agreement works.)

The idea of Zuckerberg running for office seems plausible in many ways. As the CEO of a very large and powerful technology company, Zuckerberg is well-practiced in the art of PRa necessary skill for any politician. And Zuckerberg already promotes many of Facebook’s projects, as well as his own, as taking on issues of public interesteverything from the immigration reform lobbying group he backs to Facebook’s ambitious plan to connect the whole world using new wireless antennas, lasers, and satellites. 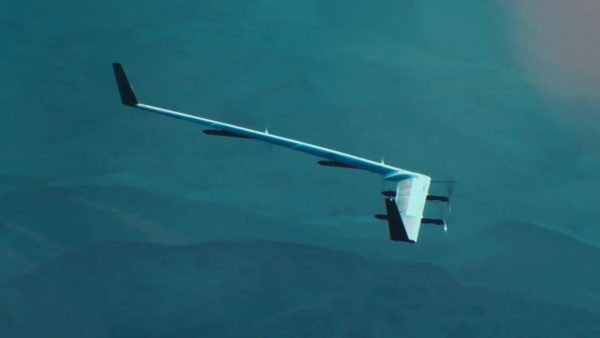 Even Zuckerbergs philanthropic organizationusually a pastime for retired billionaires and ex-presidentsseeks to cure, prevent, or at least manage all disease within the lifetimes of today’s children. As Facebook CEO, Zuckerberg isnt just the most recognizable representative of the companyhe truly is behind every decision the company makes, including when it grapples with very public fiascos, like the ongoing fake news crisis and allegations of conservative bias on the platform. Oh, and Facebook itself is no stranger to using its influence (and dollars) to stay close to the government.

Yes, Mark Zuckerberg probably isnt going to run for president. And maybe he shouldn’t. If he did, that would mean the person running for leader of the free world would also control the platform where 44 percent of American adults now get their newsa platform that has the potential to decisively influence the electorate’s views of the candidates. If he won, that fundamental conflict of interest would become even more pronounced. Media barons have occupied high office before. But a social media baron as president would be an unprecedented experiment in politics and the power to control perceptions.